Last Monday in response to a request from the Metropolitan Mobility Observatory, Mayor Mauricio Rodas declared an emergency on the metropolitan public transport system of Quito.

Because of that, $ 229 million will be invested in the purchase of units and the upgrading of the existing fleet, which carries about 900 thousand people per day.

Rodas also addressed the workshop system of the Trolleybus, where he found that some units were in total disuse for a long time, and confirmed that of the 235 units that comprise the system in total (Trolleybus, Ecovía, Metrovía), 58 (25%) are damaged, abandoned and unused.

The Municipality of Quito announced that the emergency status will help facilities to upgrade the system. “40 new units will be acquired and in the next 2 weeks 16 will be mechanically rehabilitated in order to reduce the existing level of saturation to an 11%,” said the mayor. 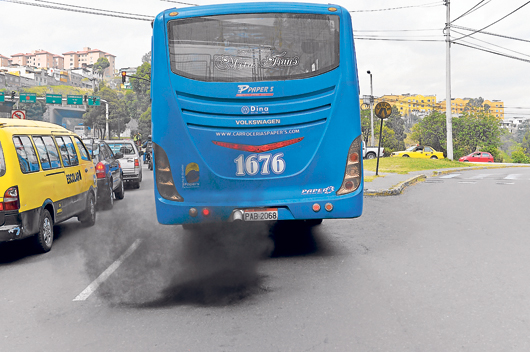 The image shows a bus throwing large amounts of smoke and even staining the floor with soot.

The comptroller would not audit the public sector, according a constitutional amendment