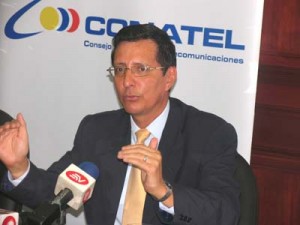 A technical team would travel to Central America with the hope of finding a  solution to avoid the necessity to migrate the frequency of  private channels in order to deliver frequency 7 to the state channel.

TV Channels Association would send a private and public specialist to find a solution, because the transfer affects the private media in technological changes, this also means loss of money.

The decision was taken after the National Telecommunications Council (Conatel) gave the order to move Ecuavisa, Canal Uno, Gamavisión, and TC Televisión one dial up than the regular one they have so that state channel can be on channel 7.

The president of the Television Channels Association (Aectv) asks: “Who is going to pay for the loss of taking the signal off for five or six days? Who is going to assume the values that will stop to be perceived because of the numerical change?” He states that the technical possibility exists, but the challenge is to convince the regime.

The proposal is to open a small gap-precision-offset in frequency to make way for the operation of other media without causing interference to existing signals. Technically, this is known as ISO channel.

Meanwhile, TC Television, state channel, is preparing an advertising campaign to promote the change number of the channel; their slogan will be “Ponte Once.”

In case of absence of agreement on the ISO channel, Canal Uno and Ecuavisa will opt for claims through the courts. A constitutional complaint or a lawsuit before the Administrative Tribunal are a few alternatives, informs the president of the Television Association.