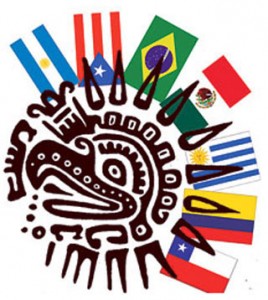 Vice President for Latin America and the Caribbean World Bank, Patricia Cox, informed that Latin American economy will grow by 6% this year and 4% in 2011.

Some countries as Argentina will grow between 7% and 8% this year, figures that exceed the regional average.

Latin America was able to withstand the global crisis of 2009 for the application of successful macroeconomic policies previously applied.

According to Cox and other experts, the time has come for this region. The strong inflow of capital and talent of Latin entrepreneurs makes countries such as Chile, Brazil and Mexico already have a gross domestic product (GDP) bigger than many European countries.

One of the keys of the economic success is the innovation and technology that is taking Latin America, in addition the relations between U.S. business and the companies of the region are also helping the economy.

“The multilatins are less afraid to compete in an international level,” said Cox.