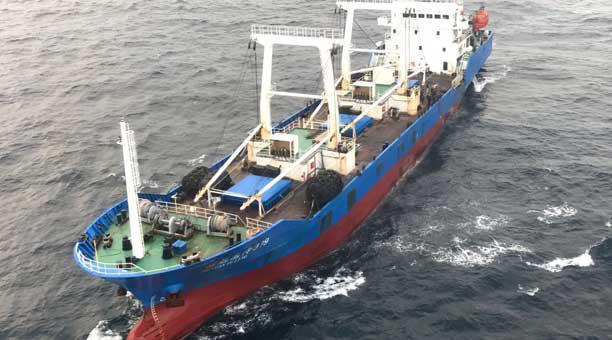 Hammerhead sharks and other vulnerable species were found in the holds of the Chinese ship Fu Yuan Yu Leng 999. The vessel was captured at 17:00 on Sunday, August 13, 2017, while sailing through the Galapagos Marine Reserve. “The ship was sailing with 20 crew members on board, vulnerable marine species protected by the Ecuadorian State were found in the holds,” the Navy said in a statement.

The ship, which illegally traveled the archipelago, was taken to Puerto Baquerizo Moreno (San Cristóbal), where species such as hammerhead sharks and silky sharks were identified, weighing approximately 300 tonnes. A coastguard boat and a naval helicopter participated in the inspection operation.

In March 2016, an Executive Decree ordered the creation of a marine sanctuary located between the Darwin and Wolf Islands, within the Galapagos Marine Reserve. It is a special protection area, aimed at protecting hammerhead sharks, an endangered species. (I)