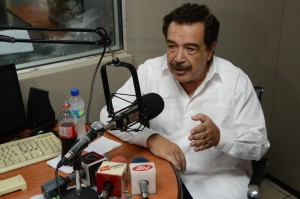 Jaime Nebot, Mayor of Guayaquil, yesterday asked the government to return the permit for the project implementation of a Deepwater Port and Load and Containers Transfer that was carried out in Posorja. This work was in charge of Alinport.

These statements were given after President Rafael Correa claimed in his Saturday weekly address that after making studies it was defined that Posorja is the best place to build the new deepwater port and that there are three companies interested.

In 2013 the Secretariat of Ports and Maritime Transport revoked the permit based on a report of 2012.

Nebot said it was positive that the President accepts that Posorja is the ideal place for the deepwater port. “But you have to move from declarations to actions (…). That must imply the return of the authorization to the company that was building the deep water port in Posorja with private money”, he added.

Nebot said that “it is absurd he does not return the permission”, since “it was recognized that taking it off more than a year ago was a mistake, now it is agreed, not only it was a mistake, but that the location is correct. So the error must be corrected by returning the authorization to continue building it”, he concluded.