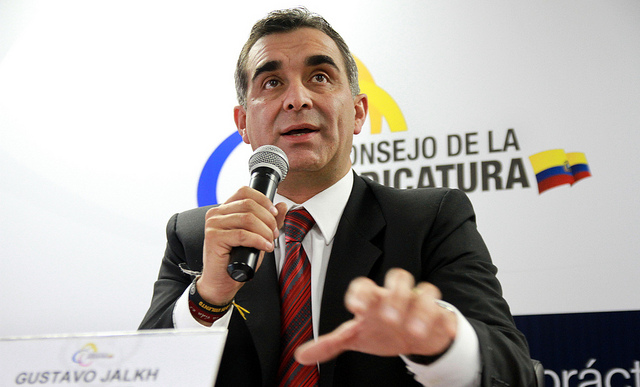 The President of the Council of the Judiciary (CJ), Gustavo Jalkh, responded to the assertions of Lawyers, in the sense that they will request the file of the embezzlement processes, due to the crime for which their clients were charged, no longer exists in the new Criminal Integral Organic Code, which has 10 days in force.

“The fact that a criminal figure has disappeared does not mean that the conduct disappeared and is no longer a crime,” he said.

In this case there are the Former Owners of Filanbanco, the brothers William and Roberto Isaías; the Former Minister of Sports Raúl Carrión and the Argentinean Gastón Duzac.

Assemblyman Andrés Páez (CREO) warned with the possibility that the case of the granting of a $ 800,000 credit to Duzac goes unpunishedonce the new Code governs in the country. This, due to this standard eliminated the position of embezzlement, he said.

Jorge Zavala Egas, Lawyer of the Isaias brothers, insisted that the case should be archived without any audience as there is no crime. In the event that the Criminal Chamber gives way to a hearing for the Isaías to support their appeal, their lawyers will defend their arguments.