Negotiations with European Union are postponed until January 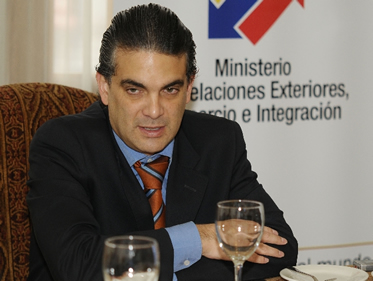 The Minister of foreign trade, Francisco Rivadeneira, said that is expected that on January of 2014 will return to the rounds of negotiation with the European Union (EU).

During an interview in August, Rivadeneira pointed out that the first appointment could be  in November. However, in recent months an exchange of information through video calls and documents has been made, and this has led to the delay of the process.

One of the first steps being undertaken is the development of the list of relief from both parties, including products, terms and amounts.

According to Roberto Aspiazu, executive director of the Ecuadorian Business Committee, this information exchange could  be given up until November 15, and could include an annex on public procurement.

For its part, the European bloc, has requested Ecuador  to establish  what are the  chapters, explanatory notes, and other claims in which the  country hopes to be included to differentiate  the specific proposal  over the ones achieved from their neighbors, Colombia and Peru, at that time.

Several Ecuadorian Ministries have begun to send information in this respect, and once they have all that data will be ready to begin the process.