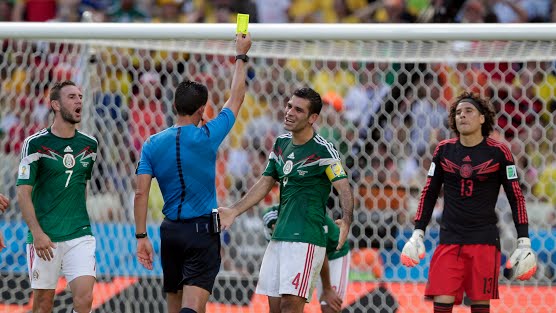 This Sunday at the stadium Castelao de Fortaleza, an opportunistic Holland beat a confident Mexico, with two goals in the last six minutes of the game against the only goal achieved by the team led by Miguel “El Piojo” Herrera.

The first goal was scored by Mexico in the 48th minute with a goal from distance by Gioani dos Santos. After that the match held a dance of attacks and counterattacks by both teams until the first Dutch goal finally arrived at the hands of Wesley Sneijder with a powerful surprise kick against a totally unprepared Mexican goalkeeper Guillermo “Memo” Ochoa.

However, when it seemed that the game was hitting overtime, the referee signaled a penalty committed by Rafael Marquez on Arjen Robben, which awarded the winner goal scored by Dutch Klaas-Jan Huntelaar, at minute 94.