On November 19, the Canadian government introduced the Preventing Trafficking, Abuse and Exploitation of Vulnerable Immigrants Act. The new law would protect vulnerable foreign workers, such as exotic dancers, waitresses who run the risk of becoming victims of human trafficking. 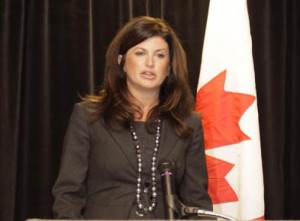 “This legislations will introduce important legislative changes to help close the doors to the dangerous victimization of girls and women, and we urge the Parliament to join us in this serious matter and support the bill,” commented Rona Ambrose, Minister of Public Works and Government Services and Minister for the Status of Women.  “As Canadians we believe women in all communities must be treated with the full respect and dignity they deserve and oppose situations in which women and girls face violence, abuse or exploitations.”

This new law protects those vulnerable immigrants who can be exploited and abused or being targeted by human traffickers. This measure will ensure that the safety within Canada is maintained, explained Joy Smith, Member of the Parliament for Kildonan-St. Paul, Manitoba.

The Preventing Trafficking, Abuse and Exploitation of Vulnerable Immigrants Act, was created as a national plan of action against human trafficking.

Fabrizio Celleri: “The most important thing in fashion is to find a style”