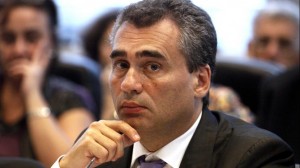 In Argentina, Jorge Capitanich, Chief of the Cabinet of Ministers, said that the main task of the new director of the Central Bank of Argentina (BCRA for its Spanish acronym), Alejandro Vanoli, will be working to establish clear conditions of monetary stability and exchange rate.

Furthermore, Capitanich said that between the functions of the head of the Central Bank is “the application of the regulatory framework of the Superintendence of Financial and Exchange”.

Vanoli previously served as advisor to the Board of Banco Argentino and from 1992-2000, he worked at the Ministry of Economy.