New Laws for Immigrants are Prepared 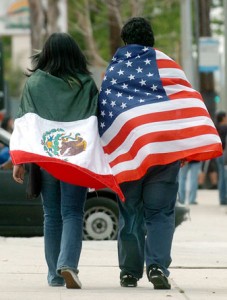 The sheriff of Madison County, Toby Trowbridge stated that his deputies are apprehending illegal immigrants every hour. The language issue is obvious but some lawyers said that these impediments are not to severe when representing Hispanics in court. In 2009 the Federal Census revealed that Hispanics represented the 2,55% of the Mississippi population.

Several lawyers have stated that they have positive results. Attorney Jeffrey Reynolds, from Jackson said: “I know that there is a lot of concern in the country because of the Hispanic population growth, especially those of illegal nature. But here in Mississippi I haven’t seen no problems in the cases that I do. The obvious solution to me is to set education plans for Hispanics and their children.”

The law schools of Mississippi are creating new steps to make more prepared attorneys that can offer better legal services to the Latin American population.

Richard Gershon, Dean of the Law School at the University of Mississippi. Stated that the comprehension of the Spanish language will be important for the Mississippi attorneys due to the increase of Hispanics in the Estate.

The Dean also stated that the language is one the issues, because there are cultural differences that can create trust issues with the clients. The Law School of Mississippi College now has Spanish courses regarding immigration laws and Latin-Americans laws. Gio Diaz, President of the College of Attorneys in Mississippi said that all the jurisdictions are based on the common law.

Diaz currently works in a firm of lawyers of Atlanta whose 90% of clients speak Spanish, however Latin American is based in a civil law. This has a great impact on the immigrants that arrive to United States and are not familiarized with its legal system.

Ecuadorian Actor was awarded in Spain for his life