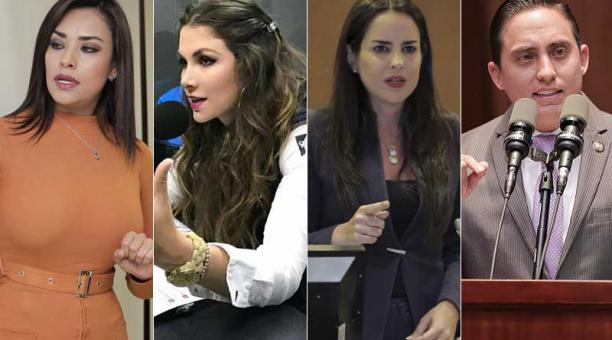 Corruption and Odebrecht have been on everybody´s lips in the corridors of the Legislature, and have marked the official agenda.
In this scenario, figures like Ana Galarza and Jeannine Cruz, of the opposition alliance Creo-SUMA, have stood out in almost a month and a half of work, as well as other politicians like Paola Vintimilla, of the Social Christian Party (PSC), or Daniel Mendoza, of Alianza País.

Vintimilla has been at all meetings of the Supervisory Commission since the start of the investigation for the Odebrecht case and the trial against former Comptroller General Carlos Pólit, although she does not belong to that board. She was assigned to the board for Sovereignty, Integration and International Relations and Integral Security.

Mendoza, on the other hand, was the one who officially requested the trial against Pólit. With a gift of the gab, impetus and knowledge of the constitution, he has also managed to get on the front line of the debate. He is one of the young figures who have taken the lead in the Legislature. (I)