The IESS (Biess), Fomento and Vivienda banks will undertake changes through the Monetary and Financial Code, which is currently under discussion in the National Assembly.

The project proposes a restructuring of the Biess directory, so there will be more representatives of the Government, as stipulated in the reformatory provision and twenty first repeal, paragraph 4: “The board of the IESS bank will consist of five members;” these are the delegate of the President, the head of the Secretariat of State in charge of economic policy and the owner of a State Secretariat related to the activity or its delegates. There will be one representative from the members and one from the retirees.

According to Joaquin Viteri, former director of IESS and labor lawyer, this change is illegal, because with this structure, the current Government will manage the Social Security money, which feeds the Biess feeds and will also decide on investments.

Likewise Arturo Murillo, president of the Association of Pensioners Publius Antonio Falconi (4,700 members), also believes that in the new structure they would not have the most members for decisions, and the government would. Therefore, he said, I do not agree with the restructuring. 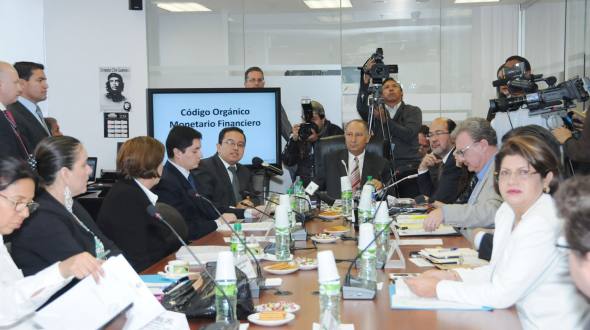 The Monetary Financial Code was presented at the Commission on Economic Regime.