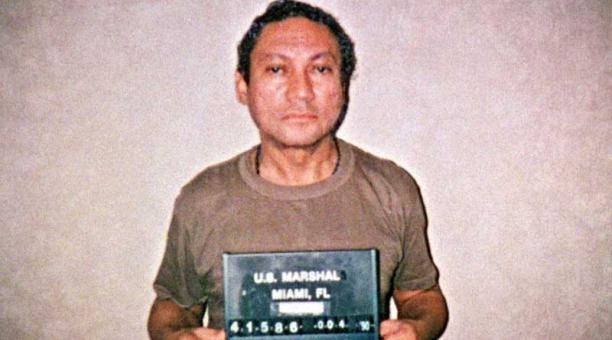 Attorney General of Ecuador Galo Chiriboga reported on Tuesday August 23, 2016 that the version of former dictator Manuel Antonio Noriega, on a case of crimes against humanity for the alleged extrajudicial execution in Quito of former guerrilla fighter Fausto Jarrin in October 1986, was taken in Panama. “A public prosecutor in that country (Panama) is responsible for the diligence,” Chiriboga wrote in his Twitter account and said that the version was taken through the application of a procedure of International Criminal assistance.

The interrogation of former Panamanian dictator took place this afternoon, he said, and added that the “version seeks information about the permanence and detention of Arturo Jarrin in that country in 1986.”

He recalled that “Noriega was linked to the investigation opened after the death of Arturo Jarrin,” a former member of the guerrilla group Alfaro Vive Carajo, who operated in Ecuador during the eighties, especially during the government of the late conservative President Leon Febres Cordero (1984-88).

Payments to the wife of Alex Bravo, according to he UAF