Norwegian Dialy has All the WikiLeaks Cables 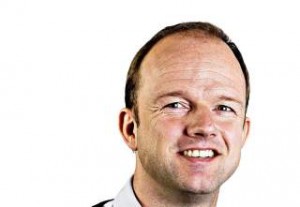 A Norwegian newspaper obtained the same 250,000 diplomatic cables that WikiLeaks had and now it is going to publish articles based on such information.

“We have obtained a total of 250,000 documents,” informed the director of Aftenposten Newspaper, Ole Erik Almlid, but he did not mention the way his journal had obtained such documents.

On the last days of November WikiLeaks affirmed to own 251,287 diplomatic cables of the United States, many of them were tagged as classified and soon began to publish them with the cooperation of the five biggest international communication media: El País, Le Monde, Der Spiegel, The Guardian, and The New York Times. So far only they have had access to such exclusive information.

WikiLeaks had only published 1,896 documents on its webpage until Thursday afternoon.

Almlid explained that Aftenposten would publish the articles based on their own judgment, without waiting for the documents to appear on the WikiLeaks site or any of the other five media.

However, Almlid stated that they won’t be publishing all of the documents, “We will use the information to write articles about subjects that we consider relevant for our readers,” the director pointed out that some of the cables would be published as a complement in their Web site.