The collapse of the price of crude oil at levels that were not seen since 1991 has an impact on the Ecuadorian economy that goes beyond the fiscal box. 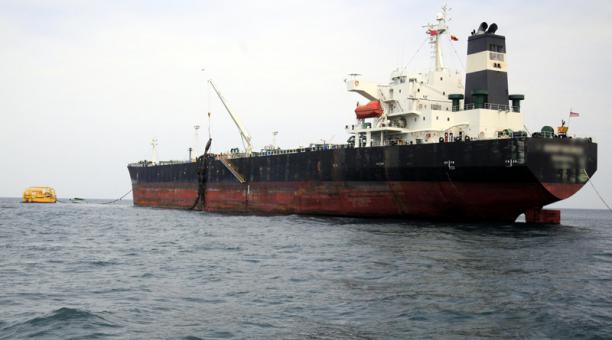 In 2019, the country received USD 15.097 million of oil revenues , but only 2 805 million went to the treasury. Earlier, revenues were used to buy derivatives, finance the budget of state oil companies and pay fees to private oil companies. Oil resources are also allocated to GADs .

Yesterday, the price of Texas intermediate oil (WTI), which serves as a reference for the sale of local hydrocarbon, closed at USD 31.13 a barrel . On the first four days of March, Ecuadorian crude oil was sold at a discount of USD 7.7 compared to WTI, because it is of lower quality. With that, the local barrel would be USD 23.4, less than half the value set in the State Budget this year (51.30).

According to Petroecuador , the theoretical price of crude oil reached USD 37.67 on March 6, when the WTI was at 41.28.

Hence, a fall in the price of crude oil generates nervousness in the international market , which translates into a strong increase in country risk. The indicator of Ecuador, prepared by JP Morgan , stood at 2,792 points yesterday and outperformed the country risk of Argentina, which closed at 2,783 points.

It is the highest level reached in the last decade.

With this, Ecuador is the second country with the highest country risk in the region, only behind Venezuela , which closed with 12,582 points.

“Investors are selling Ecuadorian papers and looking for instruments in which there is less risk of non-payment,” such as US Treasury bonds, said Gonzalo Cucalón , manager of the Banrio securities house. As Ecuadorian debt is considered high risk, investors demand a higher return to risk investing in Ecuadorian papers, he said.

If the government issued bonds at a 10-year term, the interest rate that the country should pay would be 20%, Cucalón says. Last September, with a country risk of 650 points, the Treasury placed 10-year bonds at 9.5% interest.

Ramiro Crespo , director of Analytica Investments , said that the country risk also grows due to the fear of investors that the government cannot take corrective fiscal measures that put fiscal accounts in order, such as subsidization targeting or monetary reform.

Less resources will be allocated this year to buy fuels. For this item, the treasury budgeted USD 3 384 million. But the figure may vary.

According to the Chamber of Distributors of Petroleum Derivatives (Camddepe) so far this year, gasoline has fallen approximately 10%. In the Pro forma was set at USD 51.30 a barrel of oil, which affects the cost of derivatives.

Oswaldo Erazo, secretary of the Camddepe, believes that this scenario is conducive to withdraw the extra subsidy.

The financing for the oil companies would adjust downwards

The budget of the oil companies Petroamazonas , Petroecuador and the Ministry of Energy are covered with the money from oil exports.

But with crude oil prices lower than those contemplated in the Budget, it is estimated that there will be an adjustment in this flow, which could affect the disbursements established, said Fausto Ortiz , former Minister of Finance.

Of the gross income generated by this route, 40% is to finance state oil companies and 9% for the Ministry of Energy, according to information available at the Ministry of Economy and Finance.

The Government requires at least USD 19.5 to 25.5 for the payment of each barrel of crude oil extracted by private oil companies in charge
of the operation of the Shushufindi and Libertador fields , according to the agreements agreed with those companies.

This amount is the result of the renegotiation of contracts made by the former Minister of Energy, Carlos Pérez , in 2017.

René De Mora, an oil lawyer, said that this contract model is “optimal”, since it has a margin of sovereignty that allows the State to guarantee its entry.

By law, the Government must transfer 10% of oil revenues to decentralized autonomous governments; that is, municipalities, provincial councils and parish boards. These transfers are made considering the population, with the population density , among other criteria.

In 2019, according to data from the Ministry of Finance , USD 3,983 million were transferred for non-permanent expenditures (which are basically oil resources).

The liquid money for the tax box is reduced

The Treasury barely received in 2019 18.6% of the total income generated by the Ecuadorian oil sector. These monies enter the budget to finance public expenses . For this year, the item was expected to reach USD 2,587 million, which means USD 215 million per month. But they have only received USD 101 million on average, since last January.

The consultant Xavier Orellana considered that the Government should seek alternatives with Asian firms to, for reasons of force majeure, temporarily suspend the delivery of hydrocarbon .

Banana Eclipse: the price falls in half

Deadline for Exception Visa is exhausted