Nuclear Crisis in Japan is Out of Control 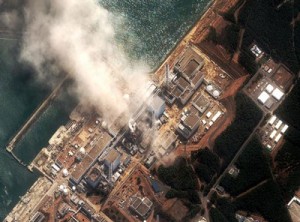 The chief of the U.S. Nuclear Regulatory Commission (NRC), Gregory Jaczko, informed that the nuclear crisis in Japan is out of control. The desperate efforts of the plant workers to control the radiation have not given any result. Meanwhile the fuel pool used for reactor #4 has not enough water, this is a worrying issue since this reactor is also malfunctioning along with the other three of the Fukushima Daiichi power plant.

After the tsunami the water pool for the reactors is empty and the levels of radiation have skyrocketed. NRC experts state that his might affect the ability to repair the damages suffered after the disaster. The experts believe that if reactor #4 fails it could produce the same radioactive emissions like the ones in Chernobyl.

The water of the reactor has heated up, now the threat lies in the risk of evaporation. Such event could generate radioactive steam that could quickly spread. The lack of water can melt the fuel bars that maintain the reactor thus producing a serious radioactive leakage. Japanese authorities will use a water-carrying truck to supply the reactors pool, however now the radioactive levels are so high that it could harm the pilot.

If the degradation of fuel causes a malfunction, the radiation would be in the open air, this could prevent the access to the other six reactors. Despite the efforts of the government to control the Fukushima Daiichi nuclear plant, the radioactive threat in Tokyo surpassed 20-kilometer radius. The authorities urged 140,000 civilians to remain in their homes. Several countries like France, United Kingdom and the USA ordered the civilians residing in Japan to leave the country. Meanwhile the president of United States, Barack Obama, proposed to the Prime Minister of Japan, Naoto Kan, to send nuclear experts to help them.