Obama : “Marijuana is no more dangerous than alcohol or cigarettes”

In an interview with the New Yorker magazine, published in last Sunday’s edition, U.S. President, Barack Obama, said that marijuana is no more dangerous than alcohol or cigarettes.

“As has been well documented, I smoked marijuana when I was young and I see it as a bad habit and a vice just like smoking cigarettes, which I smoked during my youth and much of my adult life. I do not think it’s more dangerous than alcohol,” Obama said in the interview.

However, Obama said that legalizing marijuana is not a “panacea” because the problem is much more complex . “We should not imprison youngsters or other individuals for long periods of time just by having consumed some (marijuana), when the people that are writing these laws have probably done the same,” said the president. 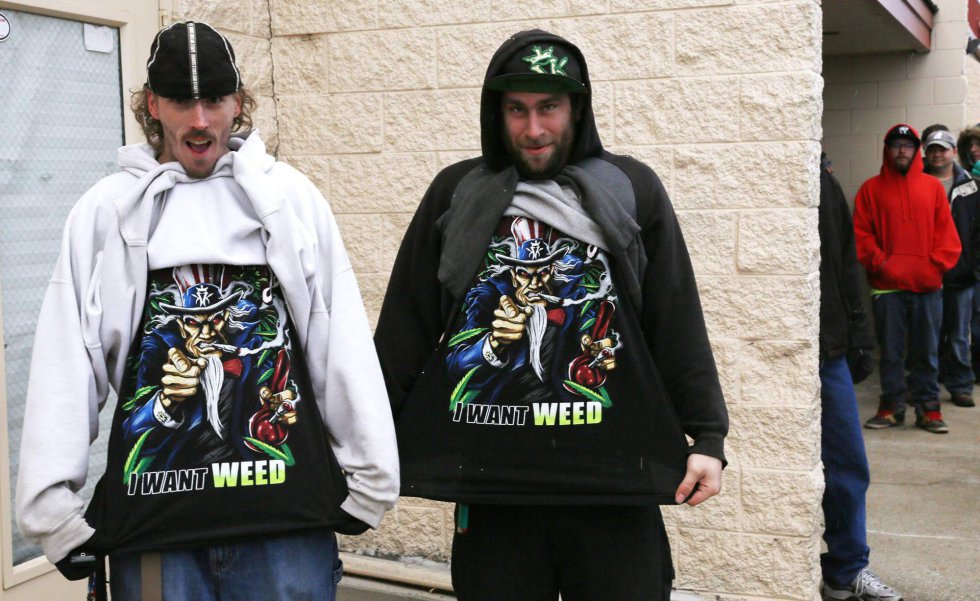 Mark Gordon (left) and Ryan Perry show their shirts with the logo “I Want Weed ” before buying marijuana in Northglenn, Colorado, the state where the drug was legalized and distributed from January 1, 2014.