Obama would negotiate with Republicans if the government is reopened 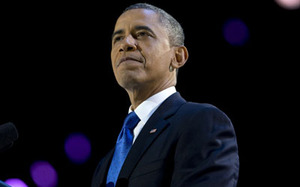 After weeks of stalemate, Republicans in the House of Representatives reported that they would be willing to pass a short-term legislation to reopen the government and avoid a default of payment for immediate talks with the White House. The purpose of this is to reduce deficits and change the health care law.

Hours later, in the White House, President Barack Obama said he was “absolutely ready” to talk about these topics. “If Republicans want to talk reasonably about any of these things again, I am ready to address the Capitol and try it.”

The government shutdown occurred at the time that the stock market fell for a second day.

As the country faces a number of global warnings, the IMF said that without raising the debt ceiling of the United States, which is 16.7 trillion. There could be a government payment arrears that will surely affect the global financial markets, raising interest rates and lead the U.S. economy into a new recession.