Observatory questions the creation of the public company El Telégrafo 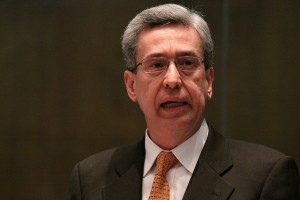 The Observatory for Rights and Justice will submit to President Rafael Correa its criteria against the recent creation of the public company El Telégrafo and the regulations of the Organic Law of Communication (LOC for its Spanish acronym).

The group, through its executive director, Enrique Herrería, questions the Executive Order 525 which dissolved the SA National Editors (Editogran SA) to make way for the aforementioned public company, citing the violation of the final clause of Section 6 of the Communications Law.

Based on the foregoing, the director believes that the president should repeal Section 6 of the LOC or, alternatively, that the National Assembly repeal it to allow any person, domestic or foreign, participate as a shareholder in media.

CELAC sets goal of eliminating extreme poverty in the region