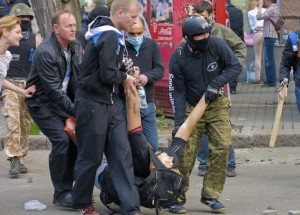 Interior Minister of Ukraine said on Monday he had recruited a unit of special forces to send to the city of Odessa, after the “outrageous” failure of police in control the pro-Russian separatists in a weekend of violence that has caused dozens dead.

The fighting continued around the city of Slaviansk, in the east, where Ukrainian troops trying to stop the pro-Russian rebellion.

The Interior Minister Arsen Avakov, said the new force of Odessa was based on “civil activists who want to help the Black sea town” in these difficult days. ”

The leaders of the local police have been fired and could face legal charges.

The death toll ranges from 42 to 46, according to various counts. There are also dozens of injured hospitalized.

Panama goes to the polls to elect authorities

Debate on Labour Code was postponed until 2015