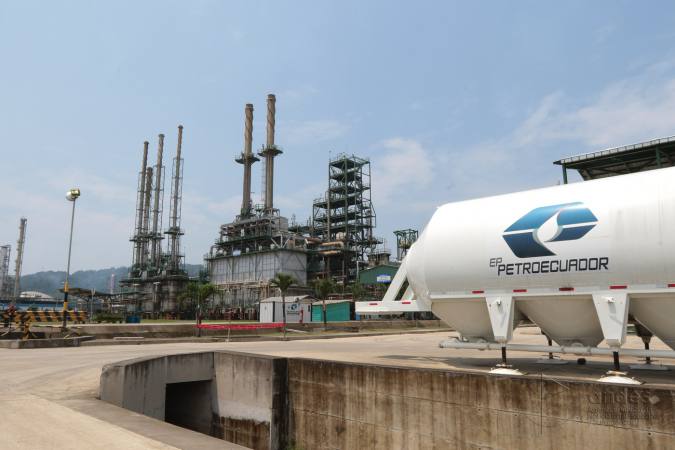 East and Napo crude oil are no longer the only crudes destined for presales, exportable derivatives have come into play.

According to Professor Enrique Rosales, Ecuador exports only crude oil and fuel oil. Which means that all hydrocarbon exports are pre-sold, or the prepaid money has already been spent, but years are left to continue paying the debt.

An example of this is the oil presale of Fueoil No. 6 (a derivate used in power plants and boat fuel) Ecuador agreed with Oman Trading International (OTI) in December 2016. In this operation, the country commits 60% of the production of this petroleum residue. This was briefly known in a government publication for international investors interested in buying government bonds.

Former Energy Minister Fernando Santos Alvite regrets that due to lack of liquidity exportable oil and derivatives have been pre-sold, as well as the Auca field to Schlumberger. He said colloquially, “the previous government not only sold the crown jewels but even the furniture.”
Hydrocarbons minister Carlos Pérez García has acknowledged that oil pre-sales commitments reach a high level, but there is still room for one or two of these operations this year. (I)

More than 300 tourist and gastronomic sites in Manabi

Brazil imposes a new barrier to the entry of Ecuadorian shrimp