Once again Ecuador asks for exemption on Schengen visa 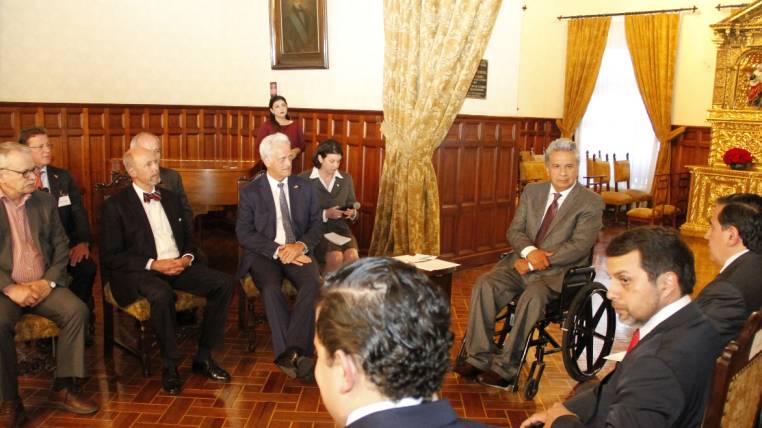 Lenin Moreno has repeated it again: Ecuador longs for its citizens to enter the countries of the European Union without any requirement other than the passport. Therefore, he took advantage of the presence of German parliamentarians in the Carondelet Palace, to insist on the subject.

“It is our wish, just as we asked the Spanish Government – which accepted it very well and promised put it in the European Union-, the issue of the exemption of the Schengen visa to favor the displacement of Ecuadorians, “said the head of state to the Economic Cooperation Commission of Germany, which is located in Quito.

These meetings have been described by Moreno himself as an opportunity to “refresh international relations” in the country.

Regarding the request for exemption from the visa, it is not the first time that Ecuador has done so. In fact, it is a proposal that is being carried out since 2017 and whereby the now ex-chancellor Ricardo Patiño, also spoke with his peers to spread it.

Since the beginning of 2018 there has been support and commitment from Spanish authorities, such as President Mariano Rajoy and King Felipe VI, to support this initiative.

Faced with this, the German delegation pronounced itself in favor of the opening of the national government and therefore considers it a “very important gesture that will not go unnoticed in Berlin and will surely reach the ears of Angela Merkel and her government,” Peter said. Ramsauer, leader of the Commission.

Meanwhile, the visa is still under observation. One of the requirements to achieve this goal will be for Ecuador to adopt biometric passports, that is, to have a chip incorporated. (I)