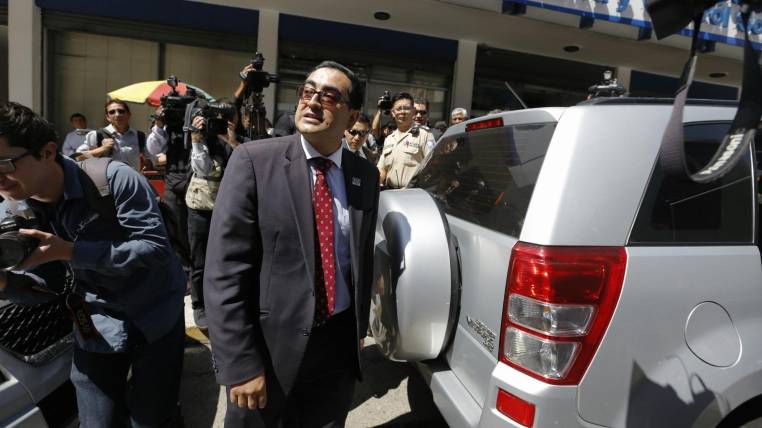 A crime that threatens the highest spheres of the previous Government. With six years of ‘delay’, the Prosecutor’s Office acknowledged that the kidnapping of political activist Fernando Balda was a state crime. The prosecutor Paúl Pérez said it.

The victim claims that his transfer from Colombia, in 2012, was illegal. He is sure that intelligence operatives participated in the operation and there was direct intervention by the Ministry of the Interior and the President of the Republic itself. Justice gave him some reason.

Yesterday, Judge Daniella Camacho linked Fausto Tamayo, former commander of the Police, and Pablo Romero Quezada, former Secretary of Intelligence, as alleged perpetrators of the crimes of conspiracy and kidnapping. His preventive detention was ordered.

And that is what reinforces the thesis of the prosecutor. “The crime was committed by the State because they, acting as public officials, acted, ordered the commission of a crime of plagiarism,” he explained.

He added that they have detailed information that includes trades and checks on crime. The Office of the Prosecutor, for example, managed to identify two checks from the account of special intelligence expenses (for 10 thousand and 11 thousand dollars) that were delivered to the agent who traveled to Colombia to execute the crime.

Balda assures that the police officer in active service (at that time), Raúl Chicaiza Fuentes, was the one who hired the kidnappers in Colombia. “What is more serious, he said, is that the payment to the criminals was made with per diem authorized by the Ecuadorian Government, specifically with money from the reserved funds of the Senain.” According to its version, for that operation the payment of per diem from the Presidency was also authorized.

Therefore, the aspiration of Balda and his lawyers is that the investigations reach those who they consider one of the intellectual authors of the kidnapping: the ex-president Rafael Correa. The prosecutor did not confirm that possibility and merely reported that the case is still under investigation. This stage, by decision of the judge, will last until July 18. Until that day, he could include other people in the process. He also expects to receive documentation that rests in the Information Secretariat but that has the character of ‘reserved’.

Although, as EXPRESO said on Tuesday, the entity has also taken steps towards a possible link of the former president. The Office of the Prosecutor, for example, asked the National Electoral Council (CNE) for certified copies of the credentials or minutes that they gave to Correa to prove his appointment as president. He, in his version before the Prosecutor’s Office, denied knowing the case.

In October 2014, Fausto Tamayo was appointed commanding general of the Police by then President Rafael Correa. Before, among other positions, he was director of Intelligence and Personnel. He is currently serving a prison sentence for corruption in the case called “police passes”.

As the “beloved companion who has fulfilled a very important task” in the Senain, Correa referred to Pablo Romero Quezada. Yesterday, the Justice dictated order of preventive prison against the ex-secretary of Intelligence, who is outside the country for more than one year. (I)