Only 3 of 8 hydroelectric projects operate in Ecuador 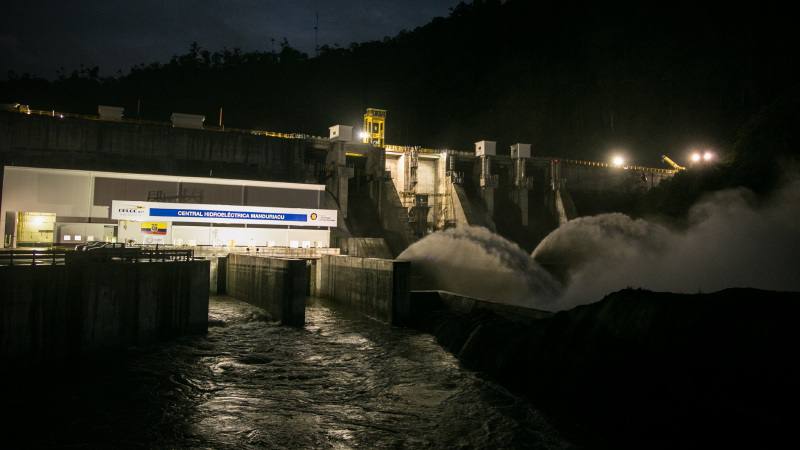 Eight years after the announcement that eight hydroelectric projects would be built, which would change the matrix of energy production in the country, the current Minister of Hydrocarbons, Electricity and Mines, Carlos Pérez, asks the Comptroller for audits of all those works called emblematic in the previous government.

Is that of the announced, only three (Manduriacu, Sopladora and Coca Sinclair Coca) are in operation, although the largest, the last cited, presents fissures.

Another five (Delsitanisagua, Mazar Dudas, San Francisco Mines, Quijos, Central Toachi Pilatón) present delays and some structural problems. To all this the doubts of the minister are added on if it could have incurred in overprices in the works.

For the official, either they were poorly designed and ill-conceived, or there was overpricing. However, this topic will be precisely the object of the analysis that will be done on a case-by-case basis.

The works had the maximum delivery date in 2016; however, delays have occurred. In his moment, the ex-president Rafael Correa had justified the delay of the deliveries indicating that there was lack of liquidity.

For Minister Perez, the problem has been the product of multiple conditions: no time has been met, contractors have not delivered the works to satisfaction, several have run out of money, there were geological problems.

Now the government’s task, Pérez said, will be to know the real situation and draw up a worksheet to put all the projects to work.

For this, meetings will be held with each project manager. For the official on the subject of energy “if it is not planned in time, the demand can reach us”.

The most delayed is Delsitanisagua. Despite having an advance of 92.80% has presented problems in the cooling pumps, which would generate a delay of six months. Mazar Dudas advances 87.32%; Minas San Francisco is 99.39% complete and will be delivered in the coming weeks. (I)

The Quijos hydroelectric project, with a capacity of 50 megawatts, has an advance of 46.72%.

The Toachi Pilatón project, with a capacity to generate 1,100 Gwh per year, has an advance of 95.06%; The work is expected to be completed by the Russian contractor Inter Rao, which was carrying the project. (I)