Only 5% of family businesses exceeds the fourth generation of heirs 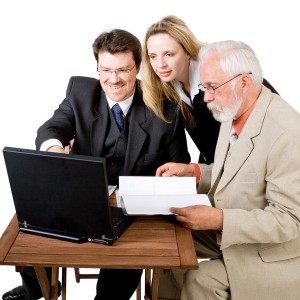 Contrary to the global trend of protecting family enterprises, in Ecuador, the head of the Government believes that it is not good that 80% of the companies have family structure.

For example the European Commission, it invited the Member States to adopt measures that will ensure the survival of family businesses. In Spain, there are even, tax cut when the heirs are relatives. However the President, Rafael Correa says that it’s concentration of wealth and mentions: “we are against that 90% of so-called S.A. and CIA. “Ltda., owned of less than 2% of the families of the Ecuador”, wrote on Twitter.
For José María Vázquez, director of IDE Business School Quito, author of books and specialist in the subject, is the reverse: are opportunities, he says, is for that people become their ideas and initiatives that serve their family and generate profits, instead of working in a relationship of dependency.
It is estimated that 89% of the country’s companies are family and 1.6 million of Ecuadorians working in them. According to Vázquez, in Pichincha is 45%, 38% in Guayas, 5% in Azuay ,3% in Manabí and 9% in the rest of the country. In 2013, had more than 800 large and medium-sized family companies that billed more than $ 15 million a year, says the expert.
The Ecuadorian scenario is not very different from the rest of the world. In United States 80% are family businesses, in the European Union represent 60 per cent, and in Latin America 90%.
The main risk for all of them is survival: in Ecuador, only 5% survive more than the fourth generation of heirs. In the Family Business Institute, fear that the initiative of the Government to democratize the property, with the inheritance tax, is a new risk factor for sustainability.

Banks must report withdrawals of $5,000 to SBS