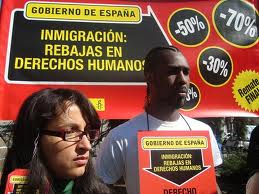 The main opposition party in Spain, Partido Popular (PP), wants to propose for the 2012 General Elections, an integration contract for migrant workers, as well as proposed in 2008.

The president of the PP, Mariano Rajoy, seeks the integration of immigrants, making it clear that the foreigner working in Spain must respect the laws and assume the values of the Spanish society.

According to the PP, the contract would demand immigrants to enforce the law, respect Spanish constitutional values, learn the local language, pay taxes, work to integrate and return to their country in case they have no job.

In 2008, Congress of Deputies rejected a similar proposal by the Popular Party to implement an obligatory integration contract to established immigrants in Spain. The agreement committed the Government to ensure the immigrants the same rights and benefits as a Spanish, to help them in their integration, to respect their values and beliefs – always without infringing human rights – in the Constitution and Spanish law.