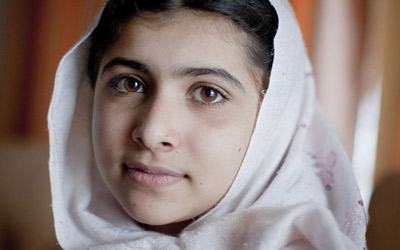 The European Parliament gave today the Sakharov Prize for freedom of conscience to Malala Yousafzai, a Pakistani young woman militant for the right to education, of the entity, as  informed by parliamentary sources.

The Sakharov Prize for freedom of conscience, named in honor of the scientist and Soviet dissident Andrei Sájarov,  was created in 1988 by the European Parliament to pay tribute to persons or organizations who have dedicated themselves to defend human rights and freedoms.

“By awarding this prize to Malala Yousafzai, the Parliament recognizes the incredible strength of this young woman. Malala defends bravely the right of all children to have an education”, said in a statement, Martin Schulz, President of the European Parliament, who will make the official announcement before the plenary in Strasbourg at 10: 00.

Under a unanimous decision, the Presidents of the political groups in the Parliament, decided to give recognition to this young woman who was the victim of a taliban attack a year ago for fighting for the education of the girls.

Malala, who could also receive the Nobel Peace Prize, will receive the award on November 20  in Strasbourg.