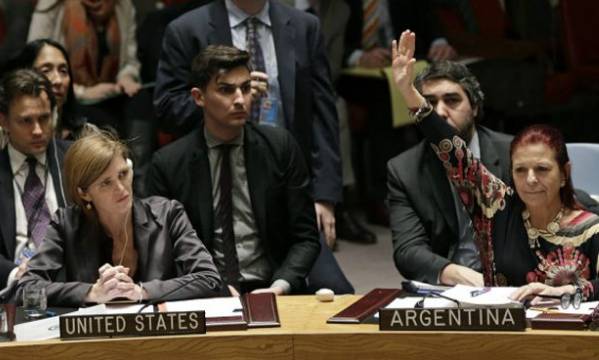 The Security Council of the UN rejected on Tuesday a Palestinian resolution on a peace agreement with Israel with 8 votes in favor, two against and five abstentions.

The draft resolution, which among other things demanded the withdrawal of Israel from the Palestinian territories before the end of 2017, did not get sufficient votes, so it was rejected.

France, China and Russia, three permanent members of the Council voted for the resolution, while Australia and the US, allies of Israel, voted against the text, which needed nine votes for its adoption.

The draft resolution stipulated a timetable for negotiations, under a number of conditions that would be imposed by the Security Council of the UN and would end up with a final solution to the conflict and the future Israeli withdrawal from the occupied territories.

The US ambassador, Samantha Power, regretted that the draft resolution had reached the council “without discussion among its members,” which is very rare “considering the importance of the issue.”

For his part, the Palestinian representative at the UN, Riyad Mansour, lamented today that the Security Council of the UN is “unable” to assume its responsibilities and continue “paralyzed” against international appeals to achieve the peace in the Middle East.