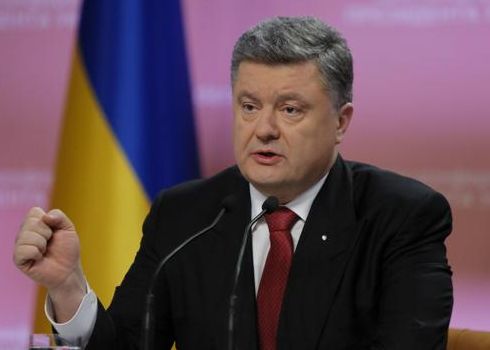 The President of Ukraine, Petro Poroshenko announced yesterday he will meet in January with the Russian leader Vladimir Putin, to unclogging the peace process in the east of the country, whilst ruled out an early entry into NATO.

“My diplomat year will begin on January 15 in Astana, where a meeting in the format of Normandy (Ukraine, Russia, France and Germany) will take place,” said Poroshenko during his press conference of end of year.

Poroshenko last met face to face with the head of the Kremlin in mid-October in Milan, and this time he will do it in the Kazakh capital, in presence of German Chancellor Angela Merkel and French President Francois Hollande.

So far, the only materialized issue between the two states has been the declared truce last December 9 in eastern Ukraine, as both sides remain without complying peace agreements from Minsk (September).

This agreement involves a drawn dividing line or withdrawal of heavy weapons from the security zone of 30 kilometers.

“As soon as the troops (Russian) are removed, there will be no conflict. Those occupants must leave our state,” he said.