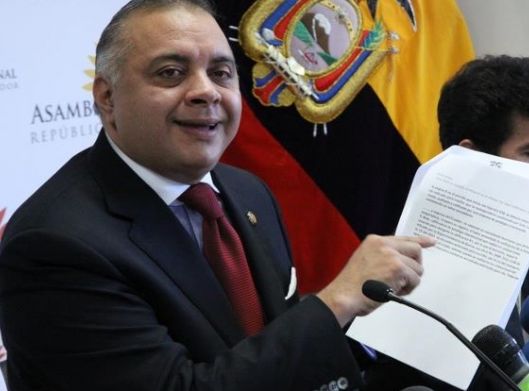 The Ministry of Foreign Affairs has granted the extradition of former Assemblyman Galo Lara Yepez, arrested in Panama since past June, after being revoked his asylum in this country.

Panama’s Foreign Ministry informed the decision through its website and said that within the law, he will have 15 days to file “incident objections’ to the Second Criminal Chamber.

“The notification is given based on the judgment of the Supreme Court, which denied the unconstitutionality warning submitted by the legal representatives of Galo Lara, regarding the extradition process that had already begun before,” said the website.

Before this situation, Lara would have requested yesterday the bail payment on his behalf before the criminal chamber of the Supreme Court of the Panamanian justice, but this was denied.

“The judges of the criminal division , composed by Jose Ayu Prado, Harry Diaz and Jeronimo Mejia, denied the bail application” of former Assemblyman, as reported by the Office of Communications of the Panamanian Supreme and “will continue to the orders of MINREX (Ministry of Foreign Affairs) “.