Plants to relieve headaches, heal wounds or stop bleeding are part of the diversity of flora that can be found in the community of San José de Payamino. Its inhabitants have decided to share their knowledge in a book published this month. 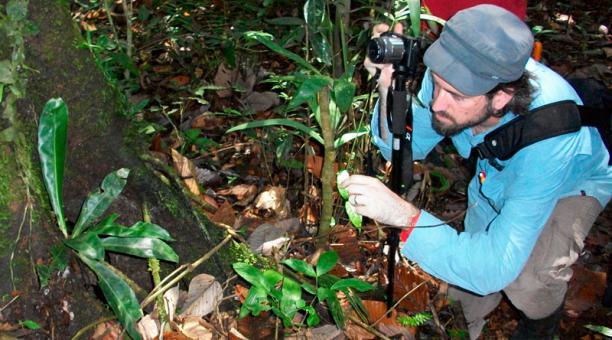 The medicinal plant guide of this Kichwa community is the result of joint work between researchers from Alma College , in the United States, and the National Institute of Biodiversity (Inabio). They decided to include the community members as authors of this scientific publication.

This lists the names, uses, forms of preparation and images of 87 of the 120 species of medicinal plants found in this area of ​​Loreto, in Orellana . Diana Fernández , co-author of the study and associate researcher at the Inabio QCNE National Herbarium , explains that this book is the product of an investigation, led by Brian Doyle, that took about eight years.

During this time, the researchers made several trips to the community. They explored trails, rivers, and farms to locate the plants, record their location, and take photographs. Afterwards, meetings were held with the community to socialize what was found in the tours and share ancestral knowledge.

Fernández says that they used an “integrative methodology” to involve not only older people, as is customary in this type of research, but the entire community. By including them as authors of the study, says the researcher, it is somehow recognized that they are the holders of this knowledge.

The idea of ​​this work is that it also becomes a didactic guide that can be used by children in the Payamino school . This would help new generations to carry on the legacy of their ancestors and not lose knowledge of the healing properties of these plants.

The species described in this book can be used for different ailments. One group is targeted for skin problems, while others are indicated for wound healing. These types of injuries are common in the inhabitants of this area due to the frequent use of the machete. There are also plants for sore head , stomach and rticulaciones .

In addition to the lack of transmission of knowledge between generations, another of the researchers’ concerns is that the species disappear due to deforestation. Fernández explains that the Amazon is vulnerable to activities such as illegal logging. This is enhanced with the construction of roads, which facilitate the entry of outsiders into the community.

It is presumed that Alfredo Adum was trying to escape from the country, says Police

Plantain, “star” food on the coast during the COVID-19 pandemic