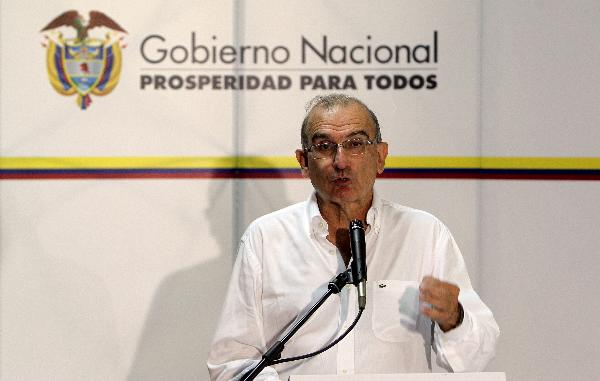 Last Tuesday, the Colombian government and the guerrillas of the Revolutionary Armed Forces of Colombia (FARC for its Spanish acronym), resumed peace talks in Cuba.

“We begin today a series of preparatory meetings in order to begin discussions on the next point on the agenda: the victims,” said chief government negotiator, Humberto de la Calle, in a brief speech before the dialogue in the Palace of Conventions in Havana.

This time the agenda will focus on the fourth point of an agenda of five topics concerning repairs and the situation of the victims of the Colombian conflict.

The new round of negotiations begins right in the final stretch of the presidential election, to be settled on next June 15 with the runoff between President Santos and the Conservative candidate Zuluaga, close to former President Alvaro Uribe.