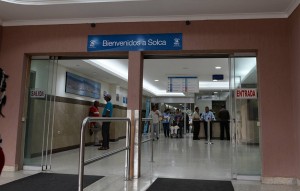 Outside the facilities of SOLCA, the parents of a young girl – suffering from lymphona – were waiting to complete the money needed to buy 8 vancomycin blisters that was needed to cure her illness.

The Ecuadorian President, when facing that demand, changed the subject and requested SOLCA to release their facilities to the STATE, in order to attend the patients. Correa stated he doesn’t know when the State will pay the debt. (I)

Drill performance dropped from 30 to 8 operations in a year

The Ecuadorian Treasury must seek another 1 900 million dollars