Petroecuador warned about abuse with pre-sales 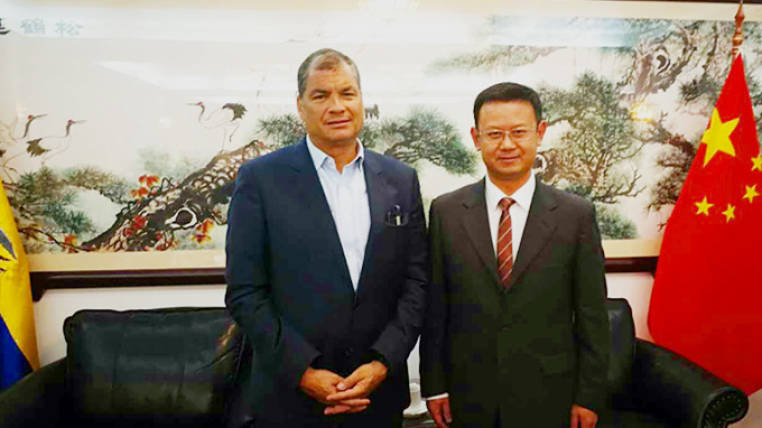 The Government of Rafael Correa was warned of the risks of the pre-sales. In 2016, the public company Petroecuador sent three letters asking questions about how to sell crude in advance.

The letters were answered by former ministers Fausto Herrera, Madeleine Abarca and undersecretary William Vásconez, ratifying the mechanism despite the “concerns”. After the doubts raised, Correa and his team approved two new long-term sales. Eight are still valid.

On April 13, 2016, the Minister of Hydrocarbons in charge, Xavier Rodríguez, sent an official letter to the Minister of Finance, Fausto Herrera, asking for clarifications to three points. EXPRESO agreed to this documentation and to the government’s responses.

The first thing that worried is the term of the anticipated sales. In most cases, the promises promised crude for up to eight years. Herrera, in his response, explained that this is the period needed to avoid affecting public finances. This, without taking into account the effect that has reserve crude, so volatile of its price, in the market.

Also worried about “marriage” with few companies. Celsa Rojas, manager in charge of Foreign Trade of Petroecuador, asked – in a letter issued on April 5, 2016 – whether it was feasible to consider other companies for the sale of crude oil.

William Vásconez, undersecretary of Public Financing to date, responded that “thinking about the participation of other Chinese oil companies could put the credit operation at risk.” At that time, Correa’s government was looking for 2,000 million dollars through Petrochina. The contract was concluded with the pre-sale of 181 million barrels of crude oil.

The third question arises from the volume of oil promised. By 2016, the fear of committing too much oil was around. That was the amount “accepted” by China’s CBD bank to disburse the contracted loan, Vásconez responded.

This newspaper requested an interview with William Vásconez, in January, but still doesn’t get an answer.

On the volume, Nielsen Arias, ex-manager of Petroecuador’s International Trade and promoter of the pre-sales, asked for some clarifications to Finance. Madeleine Abarca, then assistant minister, responded that the agreements and agreements signed with China must be respected.

Those answers took their toll the following year. Rafael Correa ordered, through Executive Decree 466, that a contract be signed with Petrochina that even committed derivatives of the nonexistent Pacific Refinery. In the absence of such derivatives, Ecuador began the delivery of additional oil to the Asian oil company, as EXPRESO published on January 23, from January 2017.

In total, pre-sales committed about 98% of the product. The evident irregularities are the subject of study by the Prosecutor’s Office that called Correa on Monday to explain the scope of the business.

The Minister of Hydrocarbons, Carlos Pérez, is holding talks with Petrochina, Unipec and Petrotailandia to change the terms of the contracts signed in the government of former President Rafael Correa. One of the first steps was to reveal the cost of transporting the crude oil.

In this month, according to the authorities, talks will continue to modify the presale contracts. Minister Perez clarified that signed documents will be respected but will seek improvements in price per barrel and volume delivered. The country wants to release the product for spot sales. (I)

The route for an agreement with the US is prepared