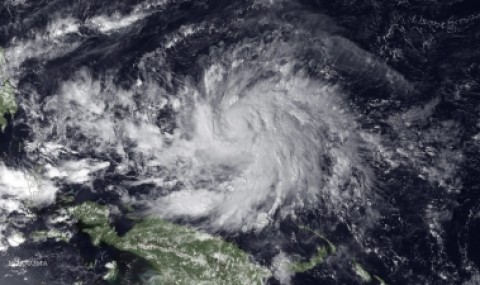 The typhoon Hagupit today touched land in the town of Dolores, Eastern Samar province (central Philippines zone), about 21:15 local time (13:15 GMT), with gusts of up to 210 kilometers per hour.

The authorities have not yet reported victims, although it is known that the typhoon has brought down many power poles and left without light several locations, including the city of Tacloban and Sorsogon, central Philippines.

According to forecasts from the Meteorological Center of the Philippines (Pagasa), Hagupit will pass near the capital on Sunday night or Monday morning, with heavy rainfall and storm surge could cause a of one to two meters.

Given the possible rise in sea level, the Manila’s Board of Management and Disaster Reduction, today ordered the preventive evacuation of coastal areas of the capital, regardless of whether or not the city receives the direct impact of the typhoon.

Approximately 600,000 people have been forced to leave their homes before the arrival of the storm, according to the Ministry of Social Welfare and Development.