Police guard in Engabao after altercation for property 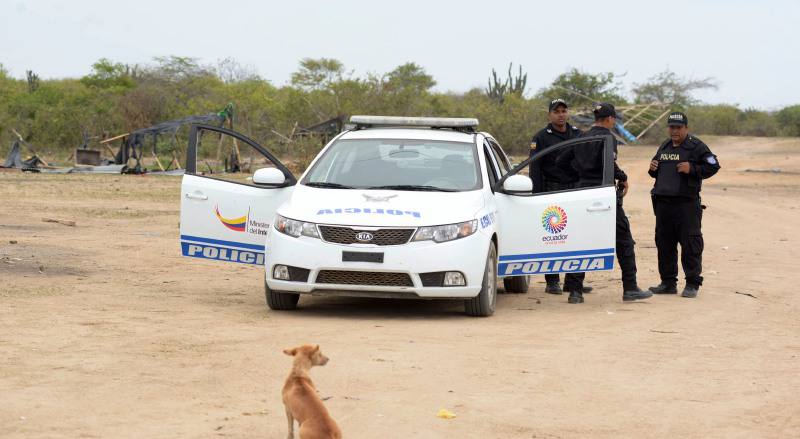 The Police maintains guard of the land located in the commune Engabao, in Playas, whose property is disputed by the town and the company Vimare, of the businessman Álvaro Noboa.

Last Friday, “comuneros” and employees of the company faced stones and sticks, with the former displacing the latter, in a new clash after another one registered less than two months ago. In the guarded site were observed yesterday remains of six booths that were burned.

Clovis Tomalá, secretary of the Engabao commune, said the people reacted by the alleged inaction of the Guayas authorities to enforce judicial rulings that allegedly deny Vimare’s ownership of the disputed land.

There have been episodes of previous clashes. Vimare has denounced community members for destruction of property, among other reasons, after, for example, residents burned houses in 2015. Tomalá even spent several weeks in detention.

“This fight has more than 30 years,” said the leader and said the board filed a complaint yesterday for the apparent structure of three houses built in the area in litigation.

Days before, Álvaro Noboa had remarked on Facebook that Vimare bought Merceditas 1 and Merceditas 2 properties (within the disputed area) in the 1980s, as well as others through subsidiary companies, and that after those subjects raised those three houses , the company took possession of them and maintained guardianship.

In another video he noted that people were filmed entering their supposed property in order to denounce them. “We are in contact with the police and we are taking the complaints of all criminal acts, filmed by helicopters and videos on the site, to put them in jail, as it is in accordance with the law,” he said.

Secretary Tomalá showed a resolution of the Special Criminal Chamber of the Provincial Court of Guayas ordering the Registrar of the Property to refrain from “registering any type of lien or property title of any person within the 7,427 hectares corresponding to the property of property of the commune Engabao (…) and in the event of any registered, proceed to the immediate cancellation of said registration “. (I)

On May 16, regarding Vimare, the registrar Francis Tapia attached to the domain history the “registration annulled by court order”, but commented that the ruling is subject to appeal.

“There are both administrative and judicial resolutions that give us the reason to the commune Engabao that we are the owners of the 7,427 hectares.”

“In the area that faces the sea, third parties without authorization have created cement houses (…); Vimare has proceeded to take ownership, care and protection.”

Church of Ecuador is committed to taking preventive measures against abuse