Marcelo Odebrecht knew that the declarations of his executives would cause a political earthquake of great proportions in Latin America. Arrested and cornered by judges from Brazil and the United States, the heir of the continent’s largest construction company accepted that his company organized a meticulous network of bribe payments to secure contracts with governments.

The so-called “confessions of the end of the world” in Ecuador leave, for the moment, a detained Vice-President, a fugitive ex-offender, and more than a dozen former public officials and businessmen involved. Knowing how this network operated was not easy.

The last report of experts of the Police, delivered last September 30 to the Prosecutor’s Office, makes a mapping of the existing relationships among the 18 investigated for allegedly associating to illegally benefit Odebrecht. To do so was based on the testimonies and more evidence found in the tax investigation.

In the report of the Support Investigations Unit of the Office of the Prosecutor, four names are repeated: that of Vice President Jorge G .; that of his uncle, Ricardo R .; the one of the excontralor Carlos Pólit, and the one of the ex-director of Odebrecht in the country, Jose Conceição Santos. All were included in the table called “managerial level”.

The Second President insists that there is no evidence that implies in the network or evidence that he received fines, so he accused the prosecution of forging clues. “All they have left is lynching. I will go to national and international instances to defend myself, “he said before going to Jail No. 4 in Quito. (I) 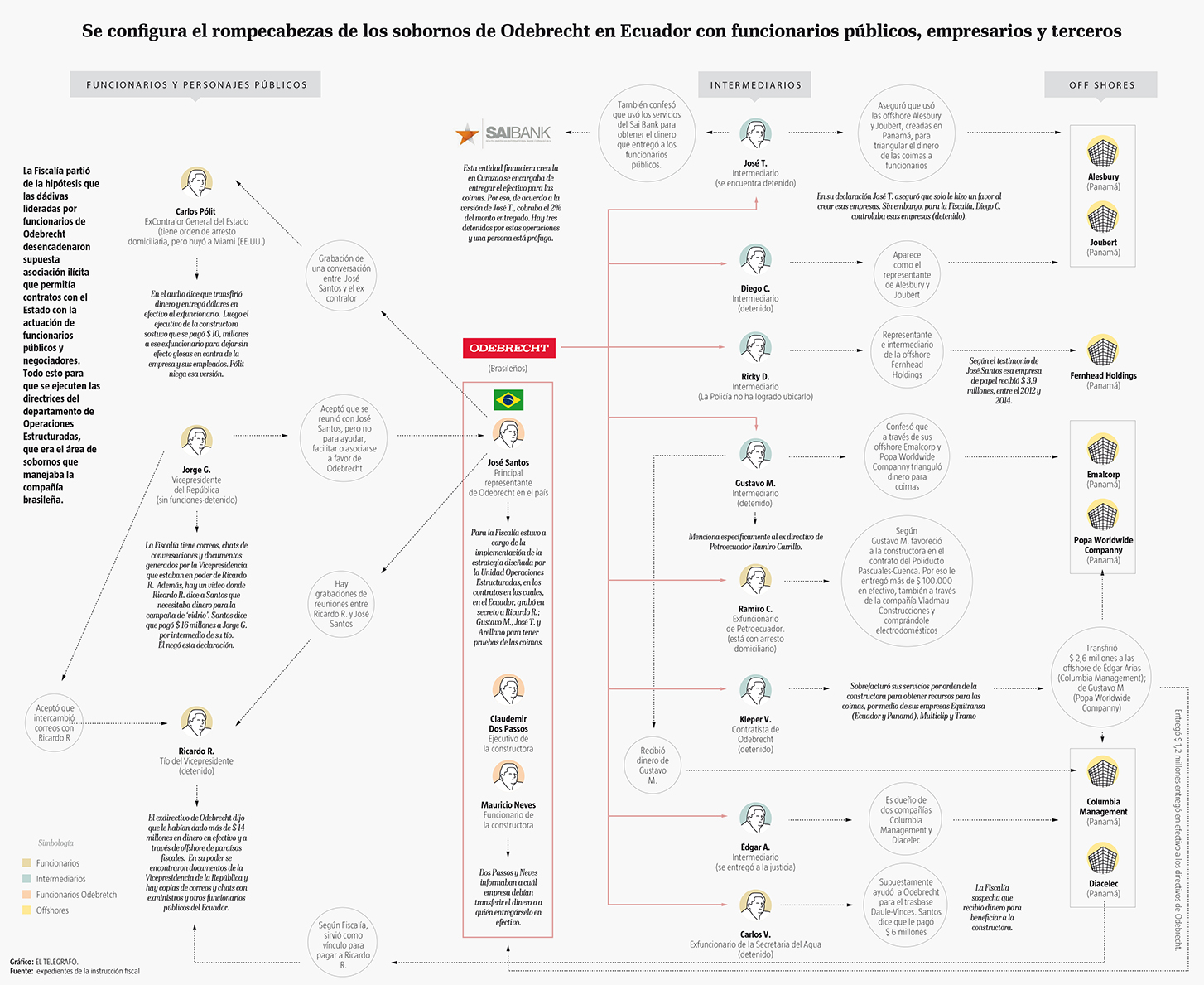