Police agents seized 1.3 tons of drugs in Guayaquil. This was reported on the afternoon of this Sunday, September 20, 2020, by the Minister of Government, María Paula Romo . Through her official Twitter account, the official indicated that six people were arrested for an alleged crime of drug trafficking . 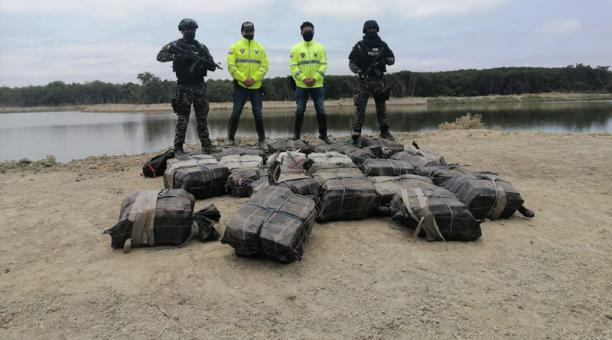 “Those implicated belong to a narco-criminal organization, which would have acquired a shrimp farm to camouflage the storage and transportation of drugs, ” Romo published.

Police agents indicated that the suspects used the facilities to send shipments to Central America and the United States.

The drug was seized on an island that can only be reached when the tide is high. The alkaloid was buried in land near a clandestine port . Investigations indicate that the drug traffickers used heavy machinery to hide the shipments.

The detainees were placed under the orders of the judicial authorities of Guayaquil.
https://www.elcomercio.com/actualidad/policia-incautacion-droga-guayaquil-romo.html