Political campaign tone down the debate over the Yasuni 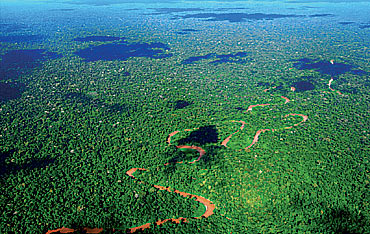 After three months that the President of Ecuador, Rafael Correa, announced that it would proceed to the so-called Plan B, which consisted in the oil exploitation of the fields Ishpingo, Tambococha and Tiputini (ITT) in the Yasuni National Park, the public debate about this decision has tone down, since politicians of the ruling party and the opposition are concentrated in the campaign for the sectional’s upcoming elections.

However, the collective Yasunidos and Amazonia por la Vida have devoted to try to gather signatures to support for the call for a referendum to stop the exploitation plan.

According to the Constitution, the signatures  should be collected until March 2014 a minimum of 583.324, amounting to 5% of the last electoral roll.

Last October 16, both ecologist groups withdrew forms for the collection of signatures and since then they have not rested, however they prefer not to give figures yet on the number of signatures that have been able to raise.

Once they have the required signatures, the collective must hand them to the National Electoral Council (CNE) to check them and approve them, then a request is sent to the Constitutional Court to determine the legality of the question to be consulted and be made the call to vote.

Rolando Panchana will be Governor of Guayas

Juan Manuel Santos runs for the reelection in Colombia