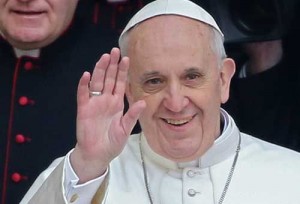 Pope Francis will visit the cities of Guayaquil and Quito in July this year.

Archbishop Raul Vela, secretary of the Ecuadorian Episcopal Conference, announced today that Pope Francis will visit the cities of Guayaquil and Quito for three days, during which he will seek to be close to the Ecuadorian people.

The visit will take place from 6 to 8 July, after which, Bergoglio will visit Bolivia and Paraguay, extending his sejourn in South America until July 12 this year.

Francisco Borja, Ecuador’s new ambassador to the US