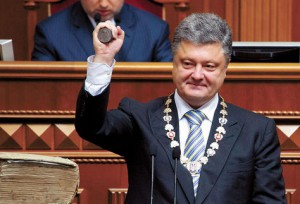 The new President of Ukraine, Petro Poroshenko, who was invested yesterday in the Parliament, announced he will present a peace plan for the settlement of the conflict in the pro-Russian East, but rejected to dialogue with the insurgents.

So far the details of the plan are known, it is only known that the President will travel to the East of the country with the flag as a symbol of peace. Furthermore, with “a decentralization of power project, with the guarantee to use the Russian language in the regions; with the firm intention to not divide Ukrainians in good and bad; respecting the particularities of the regions,” he said.