BREAKING NEWS
Ecuador will have 3 types of hemp plantations
A virtual summit will analyze how to reactivate cocoa countries
Odebrecht talks about dialogue; carry debt in the SRI and glosses
The Galapagos Music Fest, an initiative to help Galapagos in the pandemic
Guayaquil gyms: online training and equipment rental to avoid going bankrupt
Banana contracts fell due to the effects of the covid-19
Those who earn 5,000 dollars a month and companies that have not seen their income affected must advance payment of taxes, announced Lenín Moreno
Hotels and hostels already have biosecurity protocol
Without the Anti-Corruption Secretariat there is a million dollar savings
Presidency of the Republic redefines four general secretariats and their powers 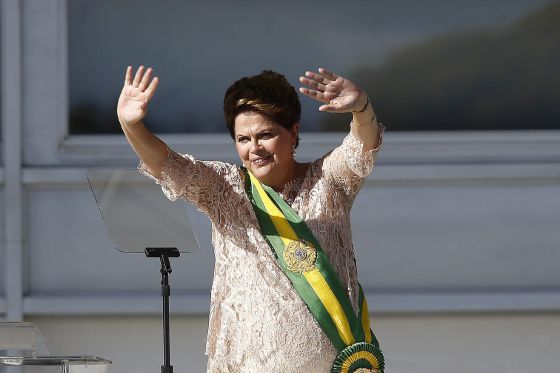 Dilma Rousseff yesterday took her second four-year term as head of state of Brazil, in a ceremony held in the full House of Representatives in Brasilia.

“I promise to keep, defend and uphold the Constitution, obey the laws, promote the general good of the Brazilian people, sustain the unity, integrity and independence of Brazil as well I promise,” the president swear on a solemn session led by President Senate, Renan Calheiros.

One of the challenges that await Rousseff is the corruption scandal in the state oil company Petrobras which may splatter several of its allies and a hard fiscal adjustment to straighten the slowing economy, which this year grew only 0.14%, according the latest forecast of economists.

The Head of State was re-elected for a second term last October in the most hotly contested campaign in recent years in Brazil and with a lead of just three percentage points over Senator Aécio Neves.

Ecuador will have 3 types of hemp plantations