The president of Ecuador,  Guillermo Lasso,  published on his social networks that the agreement was signed between the Government and the CanSino laboratory for the acquisition of six million vaccines against the coronavirus. 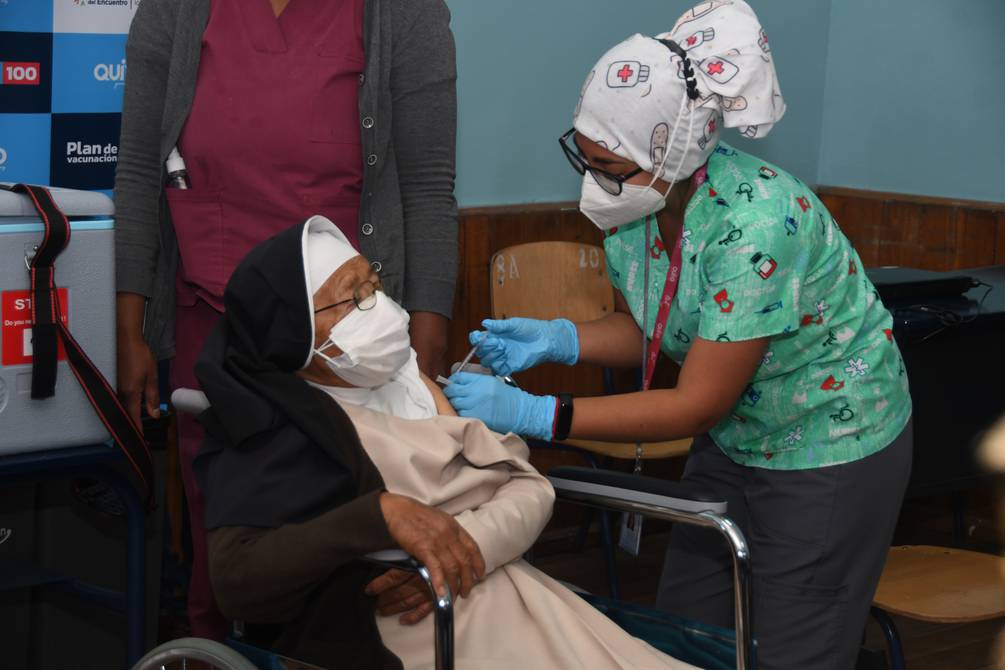 This vaccine of Chinese origin will be able to  immunize six million people  since they are of  a single application, which would speed up the immunization process in the

This will allow “to continue strengthening our National Vaccination Plan, which aims to vaccinate as many Ecuadorians as possible in the shortest time possible,” says the president’s statement.

This will be the second vaccine of Chinese origin in the country. However, the National Agency for Health Regulation, Control and Surveillance (Arcsa) has not yet authorized the entry of the CanSino biological.

For now, according to official figures cut to June 8, 2021, Ecuador has applied 2,788,245 between first and second doses among Pfizer, AstraZeneca and Sinovac immunizers.

In turn, the Ecuadorian Government finalizes details to close the negotiations for the acquisition of Sputnik V vaccines. President Lasso said that 18 million vaccines were requested from Russia, although the arrival of two million is initially estimated in the next two months.

The CanSino vaccine has an average efficacy of 65.28% in preventing COVID-19 symptoms after 28 days of application and 95.47% in preventing serious ailments after fourteen days. In addition, it must be kept refrigerated at a temperature between 2 and 8 degrees, so it does not require deep freezing.

In countries of the region, such as Mexico, Chile and Argentina, agreements have already been reached with this same laboratory. In the case of the first nation, the single-dose vaccine has been applied to teachers.

Meanwhile, Argentina approved this Friday the 11th the emergent use of CanSino vaccines to counteract the increase in infections suffered by that country, which estimates that it will obtain 5.4 million doses from the Chinese pharmaceutical company that produces the biological one. (I)