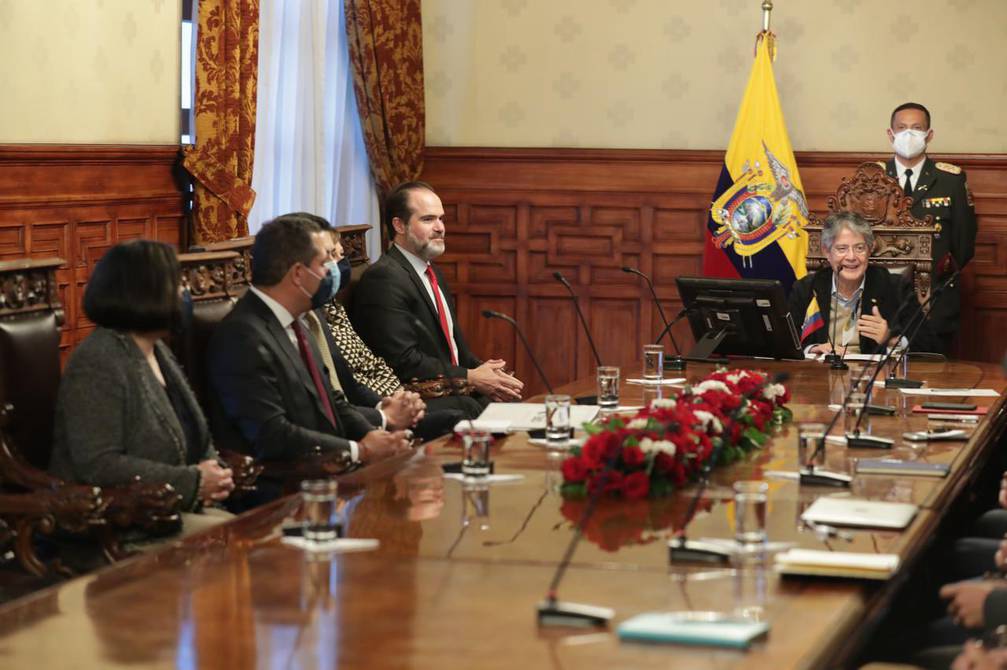 The first was through videoconference with the representatives of the IMF, to review issues of economic assistance that the country requires and the second was held in person in the Cabinet Room of the Carondelet Palace.

Under an agreement with the IMF, the country agreed to a credit line of $ 6.5 billion, of which last year it received $ 4 billion.

Claver-Carone arrived accompanied by Richard Martínez, vice president of the organization and former economy minister of the previous government; the IDB Chief of Staff, Jéssica Bedoya; the manager of the Country Department of the Andean Group of the IDB, Tomás Bermúdez; and the IDB representative in Ecuador, Adriana Lavalle.

“We feel very motivated as IDB to be able to support, as you have said, as the President of the Assembly has said, this minga that has been created by Ecuador, which we at the IDB can strengthen so that the recovery and economic growth is sustainable. Claver-Carone pointed out.

In 2020, Ecuador received $ 7.5 billion from multilateral organizations, including the IDB, to overcome a severe lack of liquidity amid the pandemic.

Although the situation in Ecuador has improved compared to 2020, the country will still carry a deficit of between $ 3,000 and $ 4,000 million this year that it will have to seek abroad, either through the placement of bonds or assistance from multilaterals, reports  Efe .

The new Finance Minister, Simón Cueva, said a few days ago that the country should dialogue with the multilaterals to adjust the goals of the agreement reached with the IMF, given the persistence of the crisis in the country and the need to address social and health needs .

Ecuador was one of the Latin American economies that suffered the most from the attacks of the pandemic, with a fall in GDP in 2020 of between 7 and 8% and the growth prospects for 2021 are slightly above 1%, due to a bulky pre-pandemic debt and lack of reserves. (I)