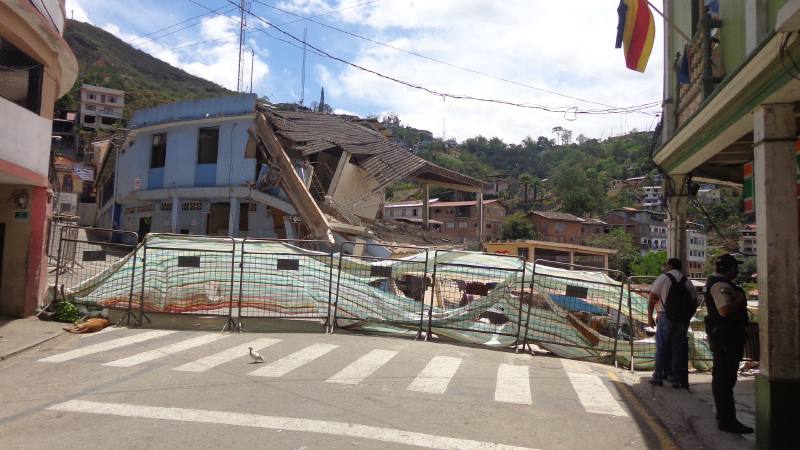 A group of citizens from the province of El Oro who protested Monday in the capital city of Quito by the Zaruma sinkholes had a response on Thursday when President Lenin Moreno decided to declare a state of emergency and suspend the mining operations in the area for the high risk.

The protest was also held on Thursday outside the Palace of Carondelet, a few hours after the collapse of another part of La Inmaculada School structure in that province.

The mining activities carried out for decades in the interior of the Zaruma city have endangered it, which is a World Cultural Heritage. (I)