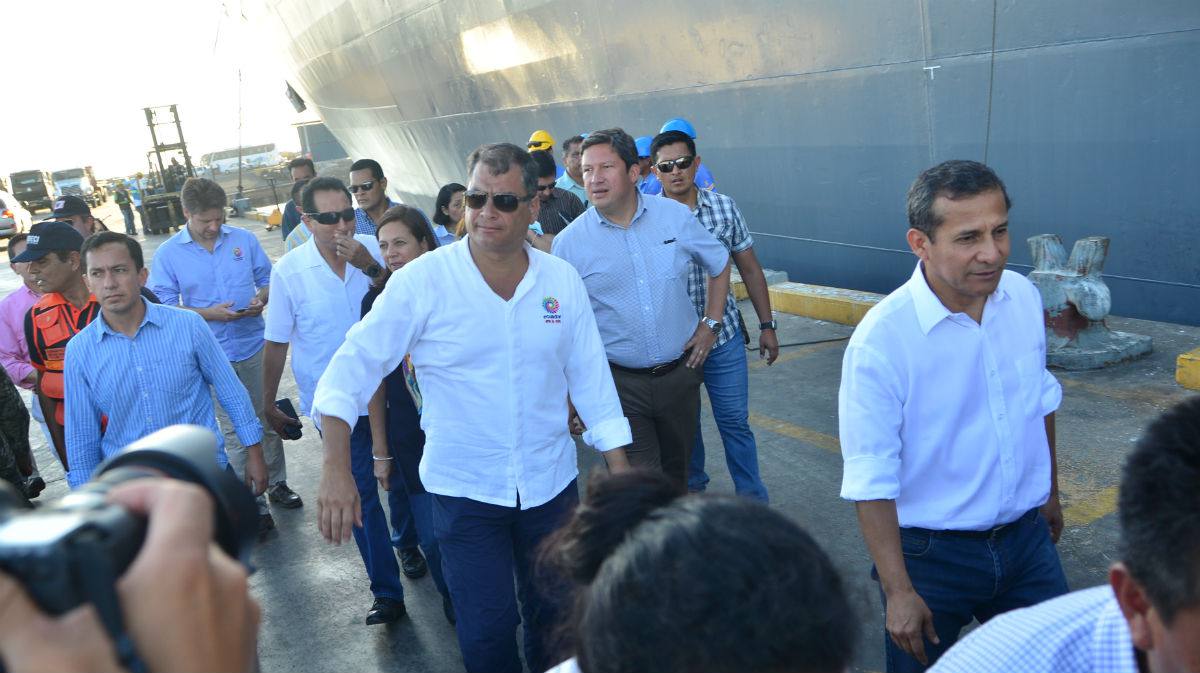 Peruvian President Ollanta Humala arrived Wednesday to Manta, one of the hardest hit areas of Ecuador by the earthquake of April 16, where he brought humanitarian aid.

The president of Peru was received by his counterpart Rafael Correa at the foot of the aircraft staircase. Shortly thereafter, both, without offering statements, visited some areas hit by the powerful earthquake.

After the earthquake, Humala sent to Ecuador the largest ship of the Peruvian navy carrying 318 tons of aid like water and an itinerant hospital with 30 specialists, something that adds up to another 60 tons of aid and heavy machinery and engineers he also sent to assist Ecuador.