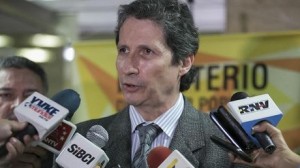 The President of the Association of Hospitals and Clinics, Carlos Rosales, who has reported shortages of medicines and supplies in Venezuela, would have been arrested this Friday by agents of the Bolivarian Intelligence Service (Sebin), reported a source in the hospital where he works. After 3 hours, Rosales was released by the intelligence agency after being interviewed over allegations of shortages of medical supplies that he did on Tuesday in a televised interview, said the newspaper El Nacional.

“Agents of the SEBIN came and arrested him,” told to AFP by telephone a source which asked not to be identified –of the Medical Center Rafael Guerra Méndez in the city of Valencia (north) and where Rosales has his office.