President of the Vatican Bank Claims to Live an “Unfair Mortification”

Ettore Gotti Tedeschi, President of the Institue for Works of Religion (IOR) on the Vatican, remarked todayin a Press Conference that an “error in the procedure” has been used against the IOR and against The Vatican in particular. The banker added that the financial operations are “transparent and there’s nothing to hide since it’s a funds transfer from and to the IOR itself”. Gotti stated he feels “”bitterness and humiliation” and believes he’s a victim of unfair mortification.
The President of the IOR, who is a supporter of Opus Dei, and was the head of Banco Santander in Italia for years, is being investigated by the Prosecution in Rome. “I don’t understand why this need to attack the IOR is happenning at this time, in a moment in which we’re concluding our long and careful work, along with the Italian Bank to put an end in the order of the situations that needed to be harmonized”, he said. Gotti added that “it was a normal operation of cash and it implied a transfer from bank accounts of the Vatican and other accounts of the Vatican Bank. We want to fulfill the recommendations of the Italian Central Bank and the rest of international organizations”. 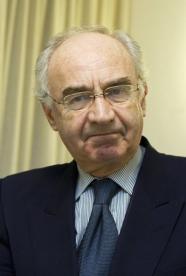 Ettore Gotti Tedeschi, President of the Institue for Works of Religion (IOR)stated he feels ""bitterness and humiliation" and believes he's a victim of unfair mortification.

The reaction comes after The Roman Prosecution started an open investigation to Gotti and the General Manager, Paolo Cipriani, because of a supposedly violation of the Terms of Prevention of Money Laundering. In addittion, the Prosecution ordered the preventive seizure of 23 million Euros from a checking account on the Crédito Artigiano Bank on behalf of the Vatican Bank. The two bank transactions the Prosecution is investigating have to do with the transfering of 20 million euros to a German Bank and 3 million to a bank in Italy, since, according to investigations, the required information according to the rules against money laundering wasn’t provided in these operations.

Supporting  Ettore, the Vatican said today in an article from the evening paper “L’Osservatore Romano” entitled “The Transparency of IOR” that he’s an officer with integrity and he highlighted the transparency of the bank. The article added that the initiative of the Prosecution came from a comunication of the Bank of Italy, with whom they’ve been collaborating closely to follow the rules of money laundering. In the article it’s also said that the Vatican Bank collaborates with European Institutions to fight against money laundering. “It’s important to remark that the IOR can’t be treated like other bank, because it manages the assets of Catholic Institutios worldwide and, since it is located in the State of the Vatican City it’s out of any jurisdiction like other national banks”, the article added.
On the other hand, Gianluigi Nuzzi, author from the book “Vaticano Spa”, in which he researched the finances of the Vatican in the scandal of the 80s where Banco Ambrosiano, the biggest private bank in Italy, failed; told AFP that “it’s inevitable these scandals occur if the IOR doesn’t stick to the International regulations on laundering”, since “the problem of the IOR is the anonym accounts of non-existing charitable funds or figureheads priests, of which the bank has no idea who they are”.

Government Rules Out the Blackouts

China Pressed to Improve its Trade