China Pressed to Improve its Trade

BRUSSELS (Reuters) – On Wednesday the European Union pressed China to correct its trade and stop the technology theft. This claim was made after it failed to make the Beijing budge on its exchange rate. 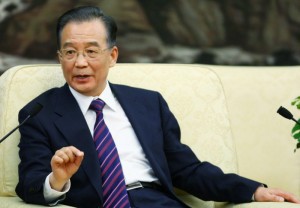 Premier of China, Wen Jiabao had a long meeting with the president of the European Commission, José Manuel Barroso, who said that in 2009 the commercial relations between China and the European Union was worth 327 billion euros ($453 billion) and that it was vital for the global economy.

Chancellor Angela Merkel of Germany, leader of Europe biggest exporting country, met with Mr. Wen to work for China to be granted the European Union’s coveted “market economy” trade status by 2016. This would give Beijing protection against European antidumping penalties.

However the European trade commissioner, Karel De Gucht gave a litany of European grievances that China must improve if it want that status before it automatically receives it in 2016 under World Trade Organization rules.

Mr. De Gucht told the French daily Le Monde, “This question must be considered on the basis of clear commitments, for example, on access to the Chinese market, public procurement, protection of intellectual property and even the exchange rate.”

Mr. Wen was urged by the Euro zone policy to increase to allow the increase of China’s currency more rapidly, but he politely rebuffed them. This dialogue came due to the growing global “currency Wars” in which major industrial nations such as Japan and the United States are trying to weaken their exchange rates while emerging economies such as Brazil and South Korea are taking measures to curb capital inflows.

The European Union signed a free trade agreement with South Korea, its first pact with an Asian partner; they expect to start negotiations for a similar accord with Malaysia. Brussels continues the search to bilateral and regional trade agreements as a way to bolster commerce, especially with fast-growing Asian economies.

President of the Vatican Bank Claims to Live an “Unfair Mortification”

IMF: “World Economy is at Risk”